Wolle is a quick roll-and-write game for two or more players. The goal of the game is to collect as many socks, paper airplanes and mice as possible by extending the thread of wool over the carpet towards the cat's paw. Tipping over porcelain cups should be avoided.

Each turn, players roll a six-sided die and extend their thread by the number of segments shown by the die. They have to draw in a straight line and may bend off only once during a turn. If they draw over an item, they collect it. After the first player collected the first set of items, a timer sets in that will trigger the end of the game.

Players will score points for each item and sets of items as well as for ending the thread at the cat's paw. They will lose points for porcelain cups that got tipped over. The player with the most total points wins.

Wolle is also on BoardGameGeek. 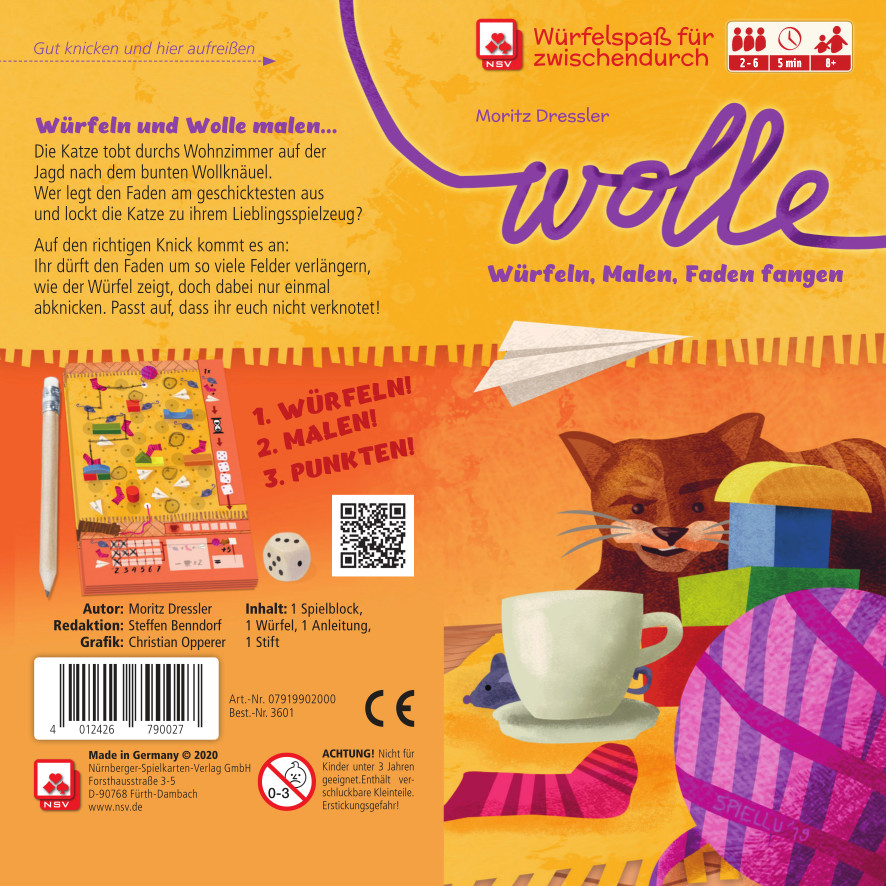 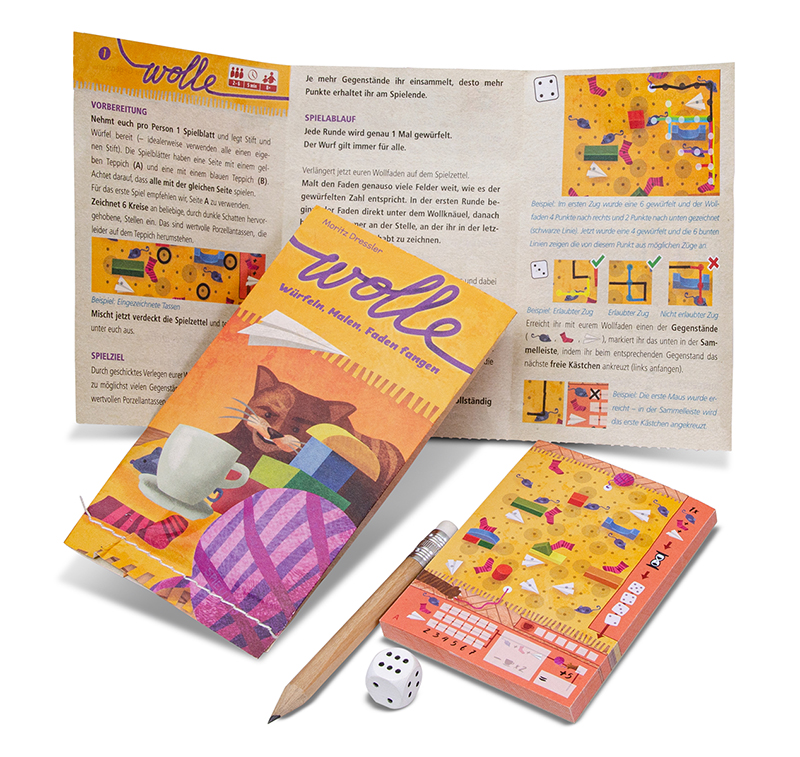