RUN is an asymmetric hidden movement and deduction game for two players.

Both players have a map of a city in front of them, covered from their opponent by a screen.

One player plays as the Runner, secretly navigating around the city, trying to visit stashes and make it to their safe-house. The Runner has to bluff and outwit the Dispatcher in order to win the game.

The other player plays as Police Dispatcher, controlling the helicopter and backup units during the chase. They're trying to track down the Runner and deal them 2 hits before they reach their goal. The Dispatcher has to use logic to deduce and anticipate the Runner’s actions in order to win the game.

RUN is also on BoardGameGeek. 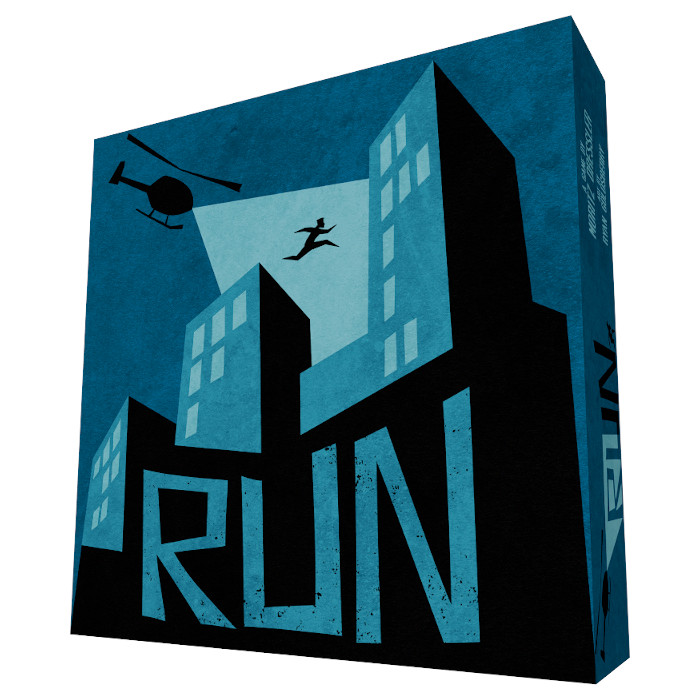 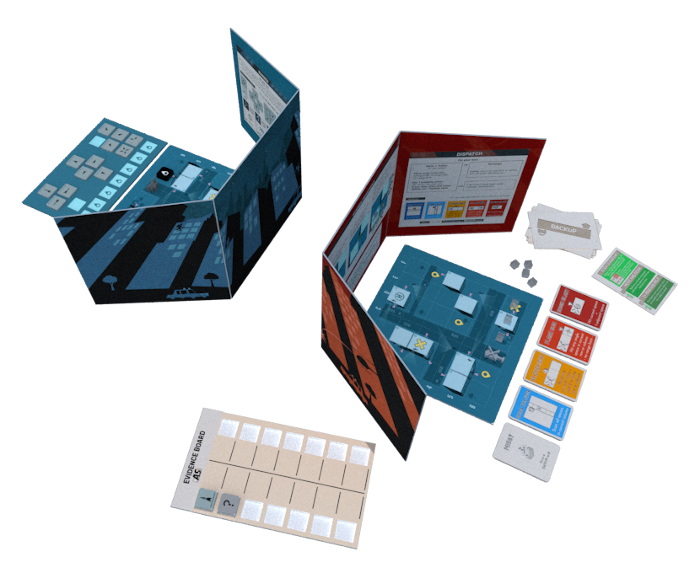