Volle Weide is a quick roll-and-write game for two or more players. The goal of the game is to score points by fencing in sheep.

The game is played over a minimum of 10 rounds. Each turn, players roll a six-sided die and draw a matching fence on the map. They also add the result of the die roll to a time tracker, but only if it differs from last round's result. Thus the game will last longer if the same number is being rolled multiple times in a row.

After 6 and 10 rounds on the time tracker, players score points for the total number of sheep they have completely fenced in. The game ends after the second scoring and the player with the most total points wins.

Volle Weide is also on BoardGameGeek. 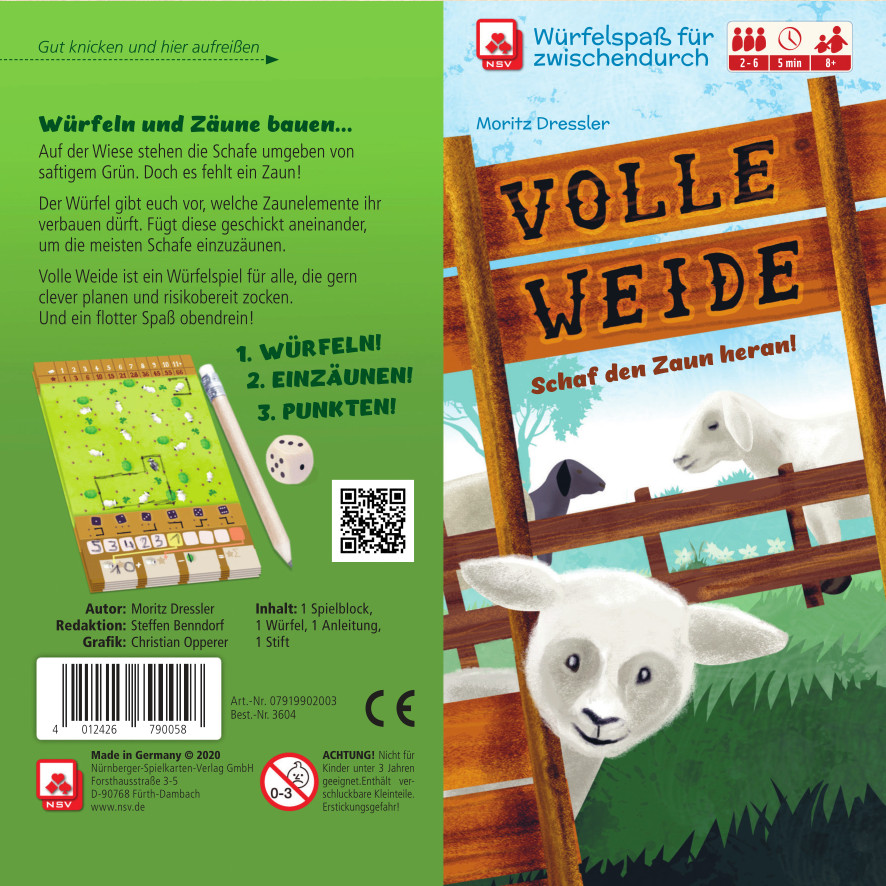 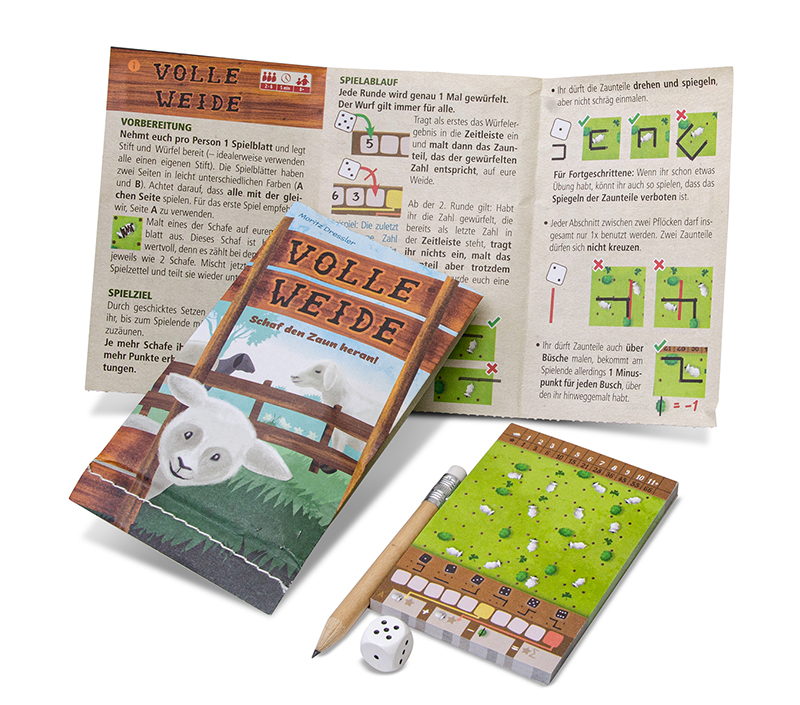