Spukstaben is a co-operative word game for one to four players.

In the game, the players work at an old-school letterpress printshop where hordes of little ghosts appear at night to steal their precious type blocks. These ghosts are called "Spukstaben", a portmanteau of the German words "Spuk" (a spooky commotion) and "Buchstaben" (letters). The players have to come up with words to defeat the ghosts and save their letters. The more type blocks they save, the more points they score at the end of the game.

The game is played over ten rounds during which new Spukstaben appear with stolen type blocks, then move towards the exit of the printshop — although some ghosts will jump towards the door immediately. Whenever a Spukstabe enters the game, its level of spook-energy is set based on the number of players.

During each round, the players have one minute to separately come up with one word each that contains as many of the stolen letters as possible. These letters then hit the ghosts and reduce their spook-energy by one. However, each letter of a word can hit only one ghost and each word can hit a ghost only once, so the players have to work together to defeat the Spukstaben.

Spukstaben is highly language dependent and currently only available in German.

Spukstaben is also on BoardGameGeek. 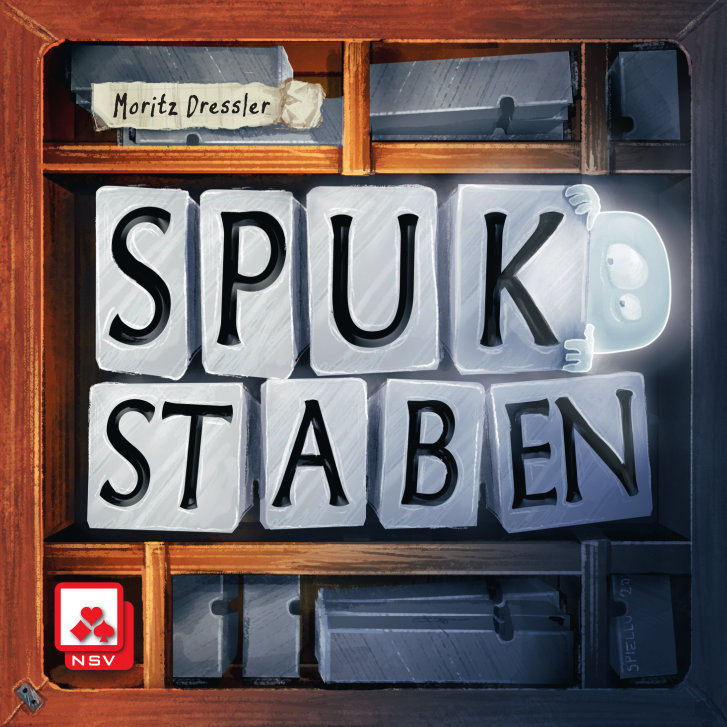 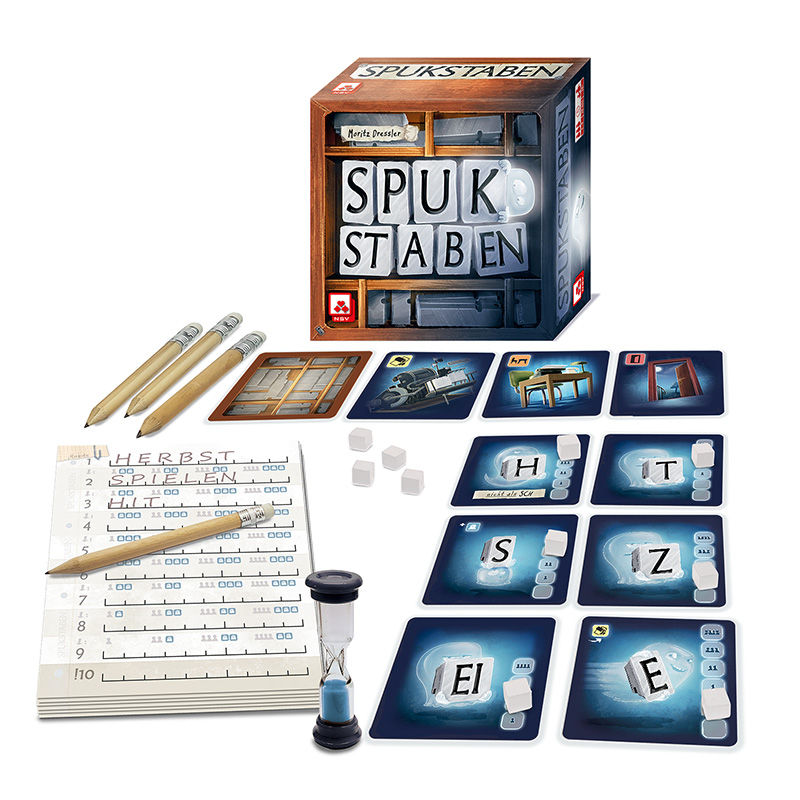