Loot, Shoot, Whisky is a card game for two players.

After a greenhorn foolishly drops their golden nuggets on the saloon floor, both players are caught up in a struggle over the precious loot.

Each round, four saloon cards are revealed, with the cards showing either gold nuggets, whisky, or a bullet. Each player has a hand six cards: two each of Loot (go for the card), Shoot (take a shot at their opponent), and Whisky (grab the whisky bottle). Players each secretly play one card on the two saloon cards closest to the deck, reveal and resolve those cards, then secret play on the next two saloon cards, resolve those, then refill the saloon layout to four cards. The outcome of these confrontations uses a rock-paper-scissors mechanism:

Whisky beats Shoot, with the winner gaining a separate, non-saloon whisky card or (if they already have it) flipping it over to "drink" it; if you win whisky three times without the opponent taking back the bottle, then you finish the bottle and win.

Shoot beats Loot, with the shooting player taking a hit card as a badge of honor. If you collect four hit cards, you win.

Loot beats Whisky, with the winner claiming the current saloon card. If this card is a shoot or whisky, then you resolve those cards as described above; if this card shows gold nuggets, you collect those nuggets, and if you have collected nine or more nuggets, you win.

In case of a tie, discard the saloon card.

If someone doesn't win the game instantly as described above, then the game ends when you can't refill the saloon to four cards. In this case, whoever has the whisky bottle on their side of the board wins. 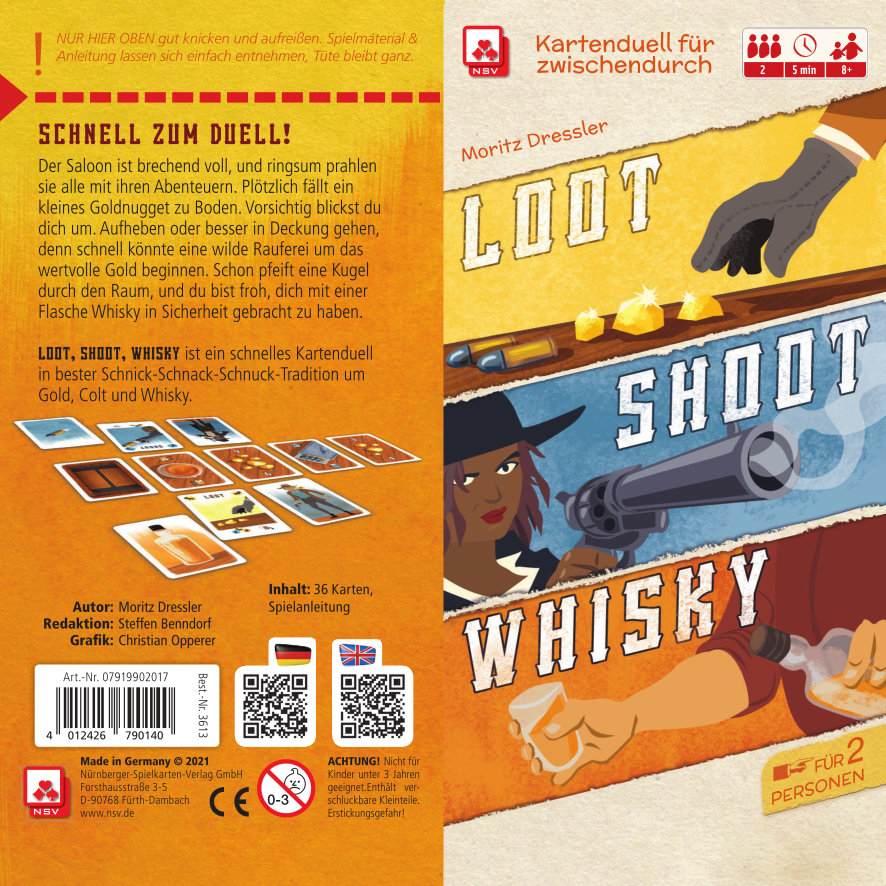 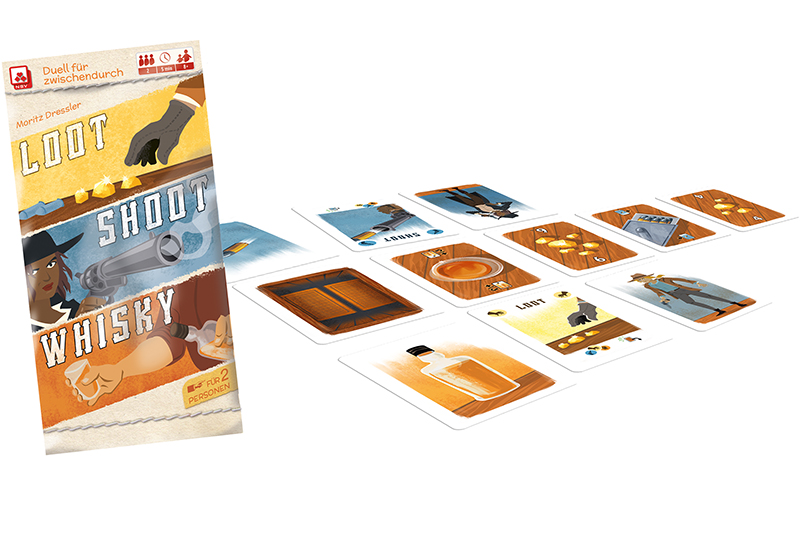