Hamstern is a quick roll-and-write game for two or more players. By crossing off caves in a burrow, players try to score as many points as possible.

Each turn, players roll a six-sided die and cross off as many spaces in one of their caves as the die shows. After any player put the first cross their fourth cave, a timer sets in that will trigger the end of the game.

Players will score points for each cave that is completely crossed off as well as for crossed off mushrooms and nuts. The player with the most points wins.

Hamstern is also on BoardGameGeek. 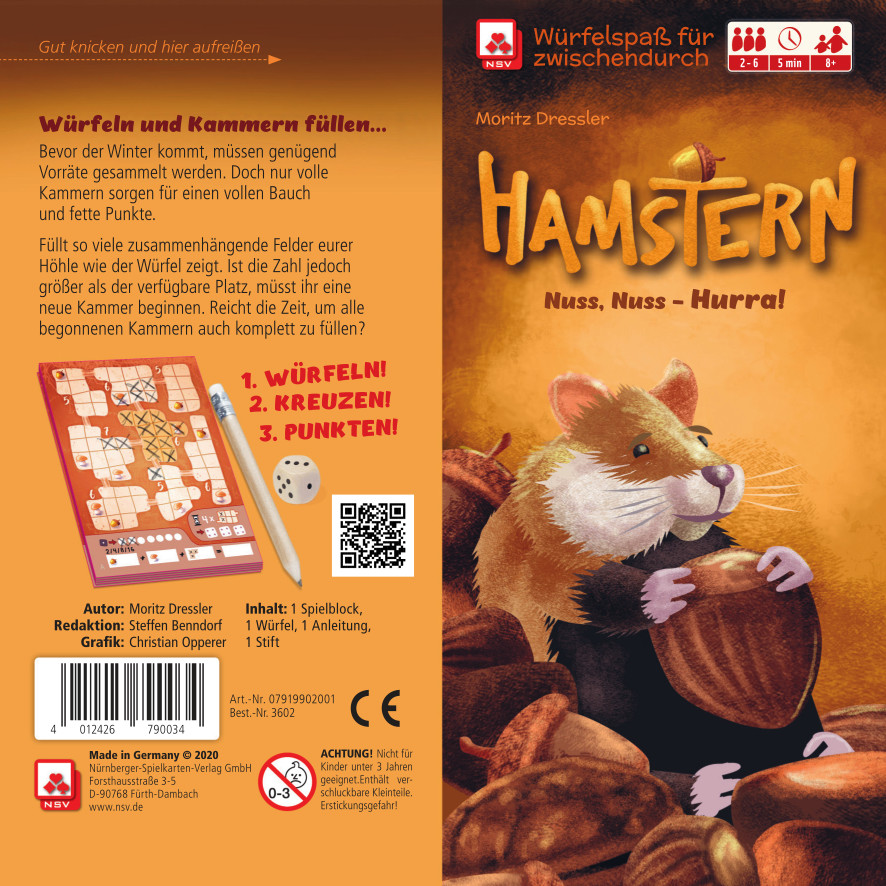 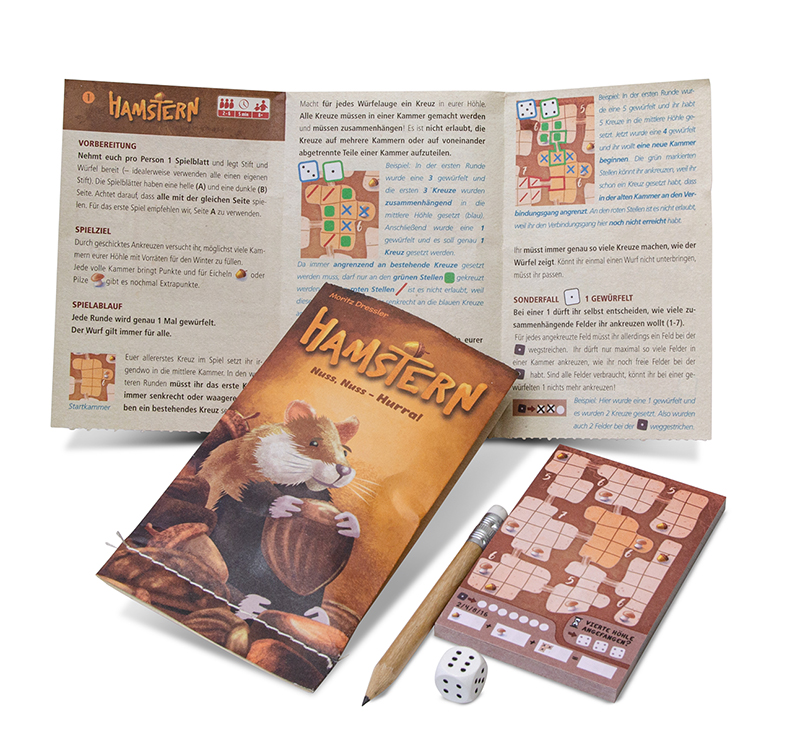