Das perfekte Wort (German for The perfect Word) is a competitive word game for one to six players.

The game is played over 9 rounds. At the start of the game, a score card is drawn that determines how many points the different vowels in a word are worth during this game.

Each round, the players reveal a combination of a letter and a word length. They then have one minute to come up with a word that scores them as many points as possible.

The word has to start with the given letter and may not be longer than the given length. Points are awarded for finding a word at all, for matching the maximum length, for vowels, for rare bonus letters, and for each letter that matches one of the pre-printed letters on the game sheet.

The player with the most points wins the game.

Das perfekte Wort is highly language dependent and currently only available in German. 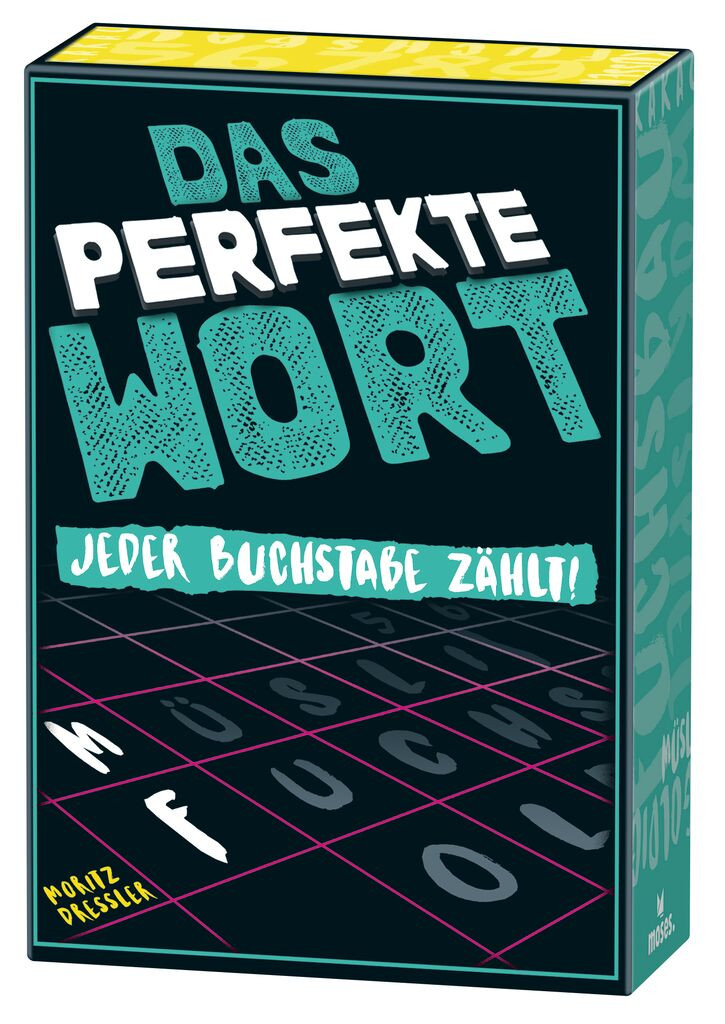 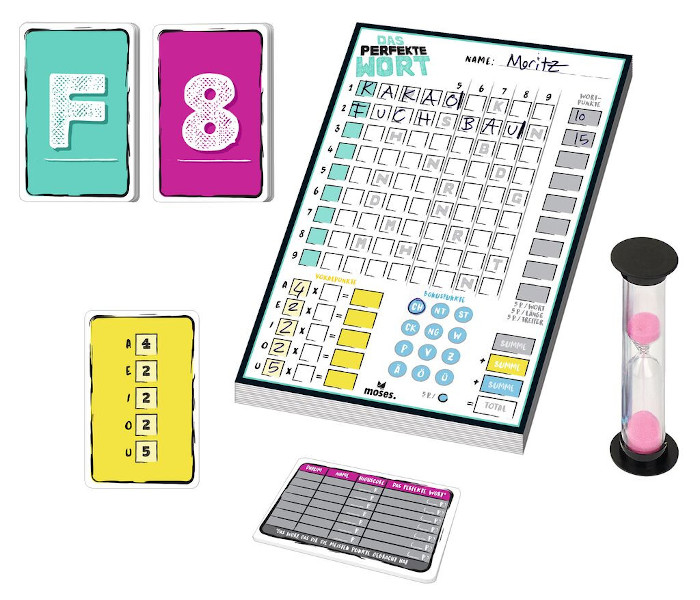